Jenn and Laura-Beth have each been a presence on the UK folk scene for a number of years.  Although both originally from England, they were brought together by the close-knit and progressive Glasgow folk music community, spending lots of their time jamming an eclectic mix of folk music from across the globe, particularly the UK, Scandinavia and America. The years of playing together brought a deep affinity between the two artists; their rhythms lock tightly, their voices blend so closely that it’s often hard to tell them apart. They have developed a natural telepathy: two musicians bound together. Their first duo album ‘Bound’ named in recognition of this enduring connection was released in November 2016, and Jenn and LB are currently working on material for their second album

Jenn Butterworth is one of the UK’s leading folk accompanists, and was awarded ‘Musician of the Year’ at the Scots Trad Music Awards, and nominated for the same category in the BBC Radio 2 Folk Awards.

Laura-Beth Salter takes influence from the Oldtime and Bluegrass music that her parents played whilst she was growing up in Lincolnshire. After spending time studying a Traditional Music Degree in Newcastle she became heavily involved in the folk scene. She is a founding member of The Shee and her most recent collaborations involve Shooglenifty and The MacLean Project led by the world renowned Perthshire singer Dougie MacLean.

As well as touring with their duo, Jenn and Laura-Beth are also members of Kinnaris Quintet, brand new, five-strong band of vigorous, driving, high-spirited musicians who are appearing at festivals around the UK this summer 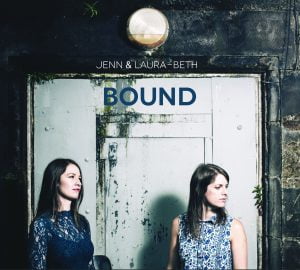